Everything was more sacred than yourself, and your own longings were the least sacred thing of all. 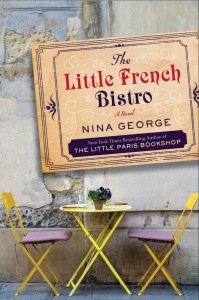 This single sentence beautifully conveys the spirit of this gem of a story about a 60 year old woman who suddenly finds her life unbearable. When we first meet Marianne, she is readying herself to take a final plunge into the Seine in a desperate attempt to end her boring, insignificant life. Then we witness the first of many times Marianne’s life is saved, literally and figuratively, throughout the story.

That first “save” launches Marianne on a journey across France which begins as a quest to drown herself in the sea and ends with her figurative rebirth as a woman. Along the way, an incredible sequence of events, initiated by a painted tile of a seaside village, draws her closer and closer to Kerdruc, the lush and magical Breton village depicted on the tile. As Marianne journeys across France with nothing but a bit of cash and the clothes on her back, she reflects on the loveless marriage and cold-hearted, indifferent husband she’s running from, and begins to remember the girl she was before she was a wife.

When she reaches Kerdruc and finds the sea, she lands in the middle of a quaint village full of colorful, kind-hearted people who accept her at face-value. Their kindness and friendship begin to change her and reverse her wish to die. It is the sea, however, that gives her the strength to reject the old Marianne and let the real Marianne come forth and embrace her own magic and, ultimately, find love.

Nina George has once again created a world full of magical, quirky, witty, and human characters who live and love enthusiastically. There’s all sorts of love here – unrequited, rejected, deep and old, hidden, and raw. George’s Marianne is the catalyst that brings multiple love stories to their apex, while at the same time, creating a new story all her own. Marianne’s story is all too familiar – the middle-aged woman who suddenly realizes most of her life is gone and she has nothing to show for it. She has become a maid for her husband, invisible except when he wants something, unable to assert herself and fulfill her own needs, essentially voiceless. Under George’s care, Marianne comes alive in the pages of this story, and ultimately sees herself as other see her, through an artist’s eyes. I was reminded a bit of a book I read years ago – Praisesong for the Widow by Paule Marshall – as I accompanied Marianne on her journey. Like Avey, the protagonist of that book, Marianne connects with the land and people of Brittany, and especially with the sea, just as Avey connects with her African ancestors. Their journeys were similar and powerful, sending a message about how women sacrifice their lives for others, often living their lives through their families, and how there is always time to rediscover the young woman who once dreamed of a very different life.

Sometimes stories like this one leave me sad and unsatisfied. The Little French Bistro left me feeling joyful and hopeful, something we all need a bit more of these days. This would make an excellent book for a group discussion. Highly Recommended.

Most Anticipated Fall Releases:  Luminous by Martha Rutherford; A Line to Kill by Anthony Horowitz; The Maid by Nita Prose